Skip to content
All Questions
prev
Previous:M.6 Why should I sacrifice myself for couch potatoes at home – who may even insult or attack me?
next
Next:M.8 Should I hate my enemy? Can I pray for victory?

M.7 What if I am told to do something as a soldier that doesn’t feel right?

In general, it is up to the legal authority to lay down the rules, and we are to follow these (Romans 13:4). And the armed forces are instituted to help enforce the law to all. But sometimes the law or the order received is morally wrong. In that case it is the task of every soldier to refuse to obey. The same applies for peer pressure and rank bullying: you have to take personal responsibility.

Your conscience is like an antenna that helps you discern whether something is wrong. A good rule of thumb that warns you to be careful is: “If it feels wrong, it usually is wrong”. Obviously, the context of your mission is important: even though it may feel wrong to leave your family and go to defend your nation, it may still be the right thing to do. If in doubt, pray for God’s guidance and feel free to have a chat with your chaplain.

Read more in the book
If it feels wrong, it probably is. Relate all you do to God’s love and supremacy, and you will be able to discern between right and wrong.
The Wisdom of the Church

When is it morally permitted to use military force?

The use of military force is morally justified when the following conditions are simultaneously present:
- the suffering inflicted by the aggressor must be lasting, grave and certain;
- all other peaceful means must have been shown to be ineffective;
- there are well founded prospects of success;
- the use of arms, especially given the power of modern weapons of mass destruction, must not produce evils graver than the evil to be eliminated [CCCC 483].

When is the use of military force allowed?

The use of military force is possible only in an extreme emergency. There are several criteria for a “just war”:
(1) Authorization by the competent authority;
(2) a just cause;
(3) a just purpose;
(4) war must be the last resort;
(5) the methods used must be proportionate;
(6) there must be a prospect of success [Youcat 399].

In danger of war, who has the responsibility to decide on the use of force?

This responsibility belongs to the prudential judgment of government officials who also have the right to impose on citizens the obligation of national defence. The personal right to conscientious objection makes an exception to this obligation which should then be carried out by another form of service to the human community [CCCC 484].

What is the right and duty of the authority in danger of war?

Public authorities, in this case, have the right and duty to impose on citizens the obligations necessary for national defence. Those who are sworn to serve their country in the armed forces are servants of the security and freedom of nations. If they carry out their duty honourably, they truly contribute to the common good of the nation and the maintenance of peace [CCC 2310].

“Obedience to civil authorities is never an obedience paid to them as men. It is in reality an act of homage paid to God, the provident Creator of the universe, who has decreed that men's dealings with one another be regulated in accordance with that order which he himself has established… Governmental authority, therefore, is a postulate of the moral order and derives from God. Consequently, laws and decrees passed in contravention of the moral order, and hence of the divine will, can have no binding force in conscience, since ‘it is right to obey God rather than men’ (Acts 5:29)” [Pope John XXIII, Pacem in Terris, 11 April 1963, 50-51]. 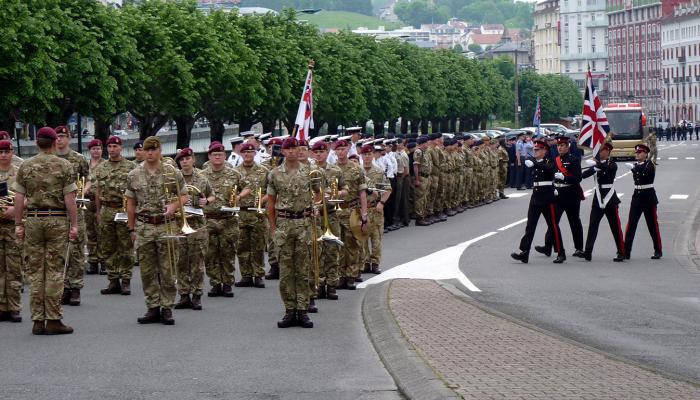 M.7 What if I am told to do something as a soldier that doesn’t feel right? 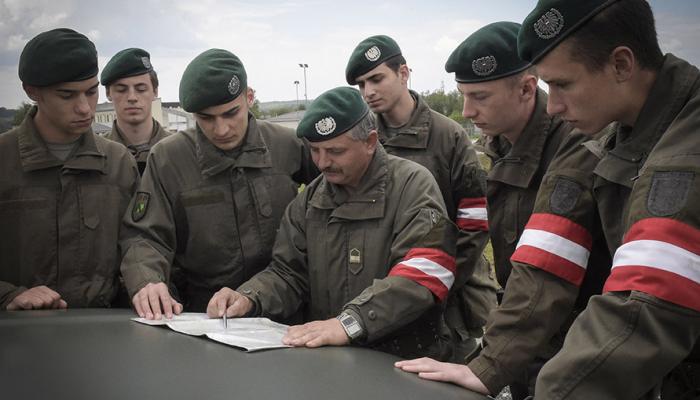 M.6 Why should I sacrifice myself for couch potatoes at home – who may even insult or attack me? 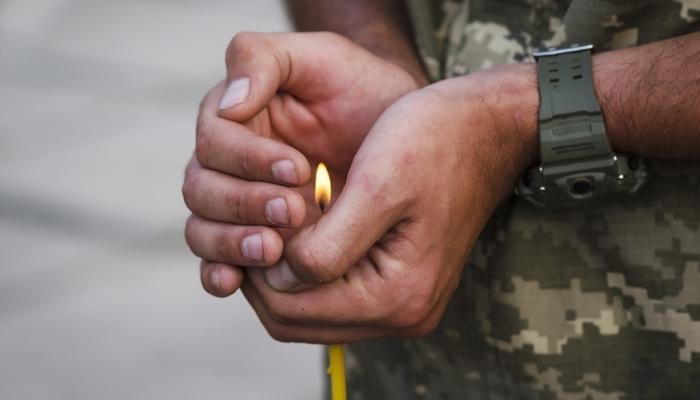 M.5 How can I live my faith in action / on deployment? How can I help non-believers? Can I cry in danger or grief?

Faith & Action
Get the app