Skip to content
All Questions
prev
Previous:1.39 Mary is not God – so, why all this devotion to her?
next
Next:1.41 Are there really angels in heaven?

Scientifically speaking it is impossible to conceive without male seed or human intervention. However, God is able to transcend the laws of nature and perform miracles.

Mary became pregnant by a direct act of God, as the Bible foretold (Isa. 7:14 Isa. 7:14: Therefore the Lord himself will give you a sign. Behold, a young woman shall conceive and bear a son, and shall call his name Immanuel.; Mt. 1:23 Mt. 1:23: Behold, a virgin shall conceive and bear a son, and his name shall be called Emmanuel.) hundreds of years earlier. God and sin are opposites. Jesus is God, and he would never have been able to remain for nine months in the womb of a sinful person. Mary received a special grace from God which allowed her to remain without sin throughout her life.

Read more in the book
Mary remained a virgin and never sinned. She was dedicated to God in everything. This is why she went to heaven, body and soul.
The Wisdom of the Church

What does the “Immaculate Conception of Mary” mean?

The Church believes that “the most Blessed Virgin Mary was, from the first moment of her conception, by a singular grace and privilege of almighty God and by virtue of the merits of Jesus Christ, Savior of the human race, preserved immune from all stain of original sin” (Dogma of 1854)

Belief in the Immaculate Conception has existed since the beginning of the Church. The expression is misunderstood today. It is saying that God preserved Mary from original sin from the very beginning. It says nothing about the conception of Jesus in Mary’s womb. By no means is it a devaluation of sexuality in Christianity, as though a husband and wife would be “stained”  if  they conceived a child. [Youcat 83]

In what sense is Mary “ever Virgin”?

Mary is ever virgin in the sense that she “remained a virgin in conceiving her Son, a virgin in giving birth to him, a virgin in carrying him, a virgin in nursing him at her breast, always a virgin” (Saint Augustine). Therefore, when the Gospels speak of the “brothers and sisters of Jesus”, they are talking about the close relations of Jesus, according to the way of speaking used in Sacred Scripture. [CCCC 99]

Did Mary have other children besides Jesus?

No. Jesus is the only son of Mary in the physical sense.

Even in the early Church, Mary’s perpetual virginity was assumed, which rules out the possibility of Jesus having brothers and sisters from the same mother. In Aramaic, Jesus’ mother tongue, there is only one word for sibling and cousins. When the Gospels speak about the “brothers and sisters” of Jesus (for instance, in Mk 3:31–35), they are referring to Jesus’ close relatives. [Youcat 81]

In what way is the spiritual motherhood of Mary universal?

Mary had only one Son, Jesus, but in him her spiritual motherhood extends to all whom he came to save. Obediently standing at the side of the new Adam, Jesus Christ, the Virgin is the new Eve, the true mother of all the living, who with a mother's love cooperates in their birth and their formation in the order of grace. Virgin and Mother, Mary is the figure of the Church, its most perfect realization. [CCCC 100]

In what sense is the Blessed Virgin Mary the Mother of the Church?

The Blessed Virgin Mary is the Mother of the Church in the order of grace because she gave birth to Jesus, the Son of God, the Head of the body which is the Church. When he was dying on the cross Jesus gave his mother to his disciple with the words, “Behold your mother” (John 19:27). [CCCC 196]

Why is Mary our mother also?

Mary is our mother because Christ the Lord gave her to us as a mother.

“Woman, behold, your son!… Behold, your mother!” (Jn 19:26b–27a). The second command, which Jesus spoke from the Cross to John, has always been understood by the Church as an act of entrusting the whole Church to Mary. Thus Mary is our mother, too. We may call upon her and ask her to intercede with God. [Youcat 85]

Just as he who was conceived (=Jesus) kept her who conceived (=Mary) still virgin... The ever-virgin One thus remains even after the birth still virgin, having never at any time up till death consorted with a man. [St. John of Damascus, Exposition of the Orthodox Faith, Bk. 4, Chap. 14 (MG 94, 1161)]

Truly you, Lord, and your mother are the only ones who are beautiful, completely so in every respect; for, Lord, there is no spot in you, nor any spot at all in your mother. [St. Ephraem, Nisibene Hymns, 27, Bk 122] 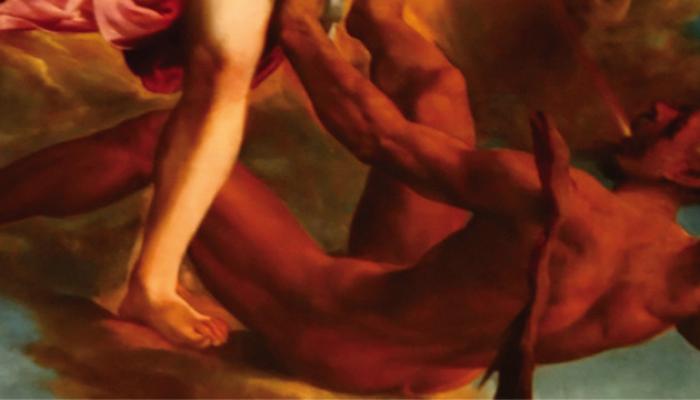 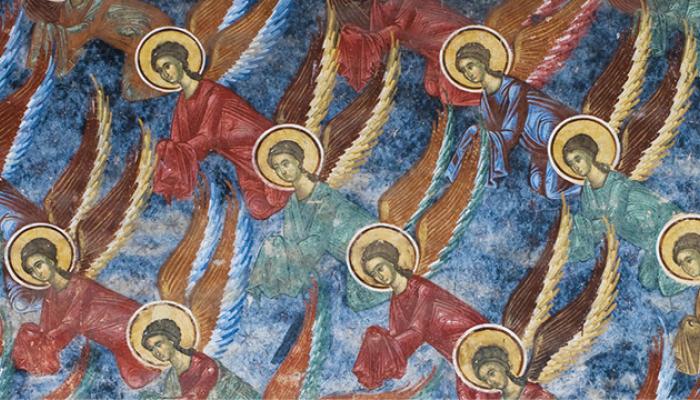 1.41 Are there really angels in heaven? 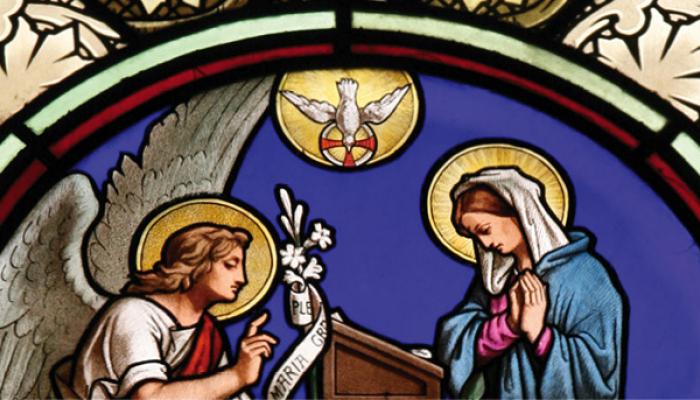 Mary and the angels
Get the app